If traditional music is your cup of tea, but have not been to a Dublin Tradfest, then you are missing a lot. Touted as the biggest and most exhilarating festival celebrating Ireland’s folk music, the 5-day event is held during the last week of January.

Dublin Tradfest commenced in 2006 as a special celebration of Ireland’s folk music. The festival showcases not only popular Irish folk musicians, but also promising new folk artists and international nu-folk bands and singers. As the event transpired from year to year, it evolved and became the biggest gathering of traditional musicians and folk music fans.

Yet a yearly Tradfest is not only about listening to a wide range of folk music via concerts. It also provides the best and finest venues in which folk tunes, or danceable folk music can move concert goers to belt along, or to dance a jig.

What Makes Dublin Tradfest Different from Other Folk Music Festivals?

In Dublin, all roads lead to Temple Bar, so to speak. Dubbed as the center of Dublin nightlife, the busy street has an abundant line up of traditional pubs, restaurants and unorthodox boutiques. Even on ordinary days, people from near and far, flock to Temple Bar to enjoy live folk music hosted by pubs. Nowadays, the growing popularity of electric scooters Dublin make Temple Bar pubs very accessible to local musicians and music lovers alike. 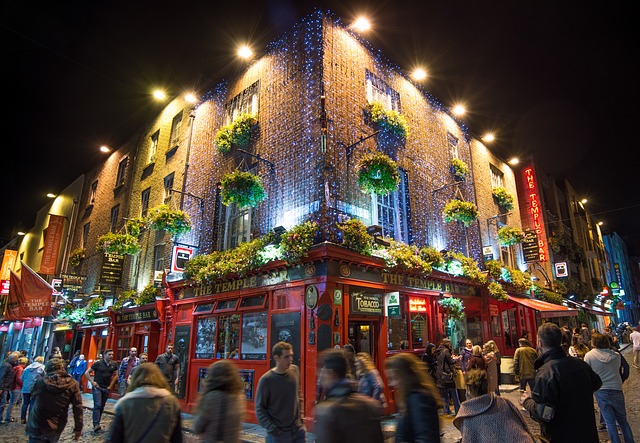 Throughout Ireland, local folk artists often times gather in a pub during weekends, bringing along their musical instruments. Those informal gatherings are called trad music seisúns (seh-shoon). Guitarists, flutists, fiddlers, banjo pickers and drum (bodhrán) players, sing out tunes just for the love of music. Melodies and lyrics vary, as they are usually poetic descriptions of their town or village landscape. The more pubs present in a community, the livelier the weekends. That being the case, Temple Bar has the most and finest pubs to offer.

The most thought-evoking concert venue is Michan’s Church, where the highly acclaimed folk music of The Lost Boys will be heard live this year. The historical significance of this church never fails to give attendees an excitement verged on fear: once they think of the mummified remains in the underground vaults. Those vaults are said to be Bram Stoker’s inspiration, when he penned his famous “Dracula” novel.

Trad music lovers will experience folk music just about anywhere in Ireland. Yet if you are looking for traditional music at its best in the most unforgettable surroundings, then be part of an annual Dublin Tradfest.